Do you have a #socialmedia strategy or a socially adept #marketing strategy?

This is a redux of a popular blog entry from July 2012: “Do you have a #digitalmarketing #strategy” or a marketing strategy for the digital world?” In that entry I tried to describe my professional movement over 15 years of digital marketing… that “I no longer think in digital terms, I apply digital concepts, tactics and measurement to marketing strategy.”

Back to social media. Forrester describes the current state of enterprise class social media programs as producing “islands”. Altimeter identified some 74% of these same organizations producing “social anarchy”. Both indicate that social media programs are already headed in the wrong direction. The enterprise is particularly tricky, a dozen different functional organizations are hiring dedicated headcount, making connection or alignment of approach nearly impossible; meanwhile, none of the activities are attaching themselves to the larger marketing initiatives.

Making social media more difficult than digital, social is really an enterprise-wide necessity. Outside the marketing objectives of awareness and engagement, social activity is growing in importance for less obvious functional areas of todays’ company: HR needs to use social to connect with candidates, product teams need market feedback, and sales teams need to demonstrate competence and listen, to name a few.

To wrap this up, social media needs to be an intrinsic part of your marketing strategy, not a separate, disconnected plan. When done properly, your social program will: 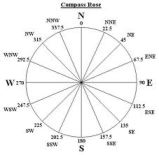 Quick thought… how frequently do you hear people talk about a 360 degree view of the customer? How frequently are the same people referring to a core marketing database that is exclusively offline OR online in its capabilities? This is a clear indicator of the actual range of their customer centricity.

Historically, the marketing database held insight about customers and prospects and aggregated information from many offline channels… telemarketing, POS, customer service, direct mail, and others. 15 years ago, that was pretty close to a 360 degree view. However, since the advent of digital communications channels, more and more insight has been outside the view of these assets… rendering them less valuable and perceptually obsolete. Today, with about 42% of media impressions being in digital channels, this historical vision has now shrunk to about a 208 degree view, and, promises to continue shrinking.

Contrasting this, all too often I see industry luminaries extole the benefits of a 360 degree view of the customer and refer to a solely digital solution… Yeah, that’s actually only a 151 degree view. Even a less accurate view of the customer, and typically with far more remdial concepts of marketing data and predictive analytics.

What does this all mean? Customer centricity will be illusive until online and offline marketers start sharing data and tools… communicating towards the same objectives. The traditional direct marketing folks have assets that digital marketers would be floored if they understood; Predictive analytics, record matching, cross channel campaign tools and more. However, the people who manage them frequently do not see the path to actioning these assets in the new world. Meanwhile, digital marketers are trying to build things that already exist and their vision is limited in scope, never actually seeing the 360 degree view of the customer.

Enterprise – has the word lost its’ meaning?

Yester-year I worked to connect large direct response retailers to their first ecommerce experience – integrating commerce and content systems into “enterprise resource planning” systems (ERP). While we hear less about ERP systems these days, the point of those solutions was that it really did connect all aspects of the business… finance, inventory, customer service, billing, and more.

Today, we use the word enterprise to describe something that we either want a VC to perk up and hear, or something that involves merging a few disparate things. I read a MediaPost article today, “Enterprise DMP Will Require Companies to Merge Data Silos“, and was reminded of this point.

While I thoroughly agree with the authors premise that data silos  are on their way out, I disagree that having a larger silo is substantively better. Or, that it represents the “enterprise”. Combining more digital data for the purpose of sending more, or even better, digital messages is a great ideal but is not the right answer. Two points to consider…

#Digital #Attribution is a misnomer

The concept of “last click” is as flawed as attributing the purchase of an adult beverage to the neon sign hanging outside the liquor store. The concept of “Digital attribution” simply tries to count the number of beer signs the person saw. What about TV, bill boards, demographics and socioeconomic factors?

While reading a Digiday article this morning, “The Last-Click Attribution Dilemma“, two arguments presented by the author struck me as worthy of comment…

All of this makes me thirsty… Sierra Nevada’s my favorite beer!

Subtitle: If all you have is a hammer, the whole world looks like a nail

I recently read an article in digiDay, written by the CEO of a modestly large online personalization firm. The title drew me in… “Outsourcing Data Management is a Mistake“.  As I read, I was consistently impressed with the idea that narrow solutions, while interesting, lead to profound mistakes.

An open reply to the article –

If the proposal is that better management of online data needs to drive towards online personalization, I believe the premise and conclusions of the article are too narrow. While interesting, they are incomplete. Consider this, even if the premise is executed perfectly, advertisers will still have not solved 60% to 80% of the problem. A growing portion of media is being consumed online and a growing number of transactions are occuring online, but it’s still a minority.

The root of my point is that the writers premise solves only a small portion of all consumers interactions with a brand… not all portions of some consumers. In a world where more than 60% of consumers act in a multichannel manner and bring 4 to 5 times more value (Forrester research), solving the larger problem of multichannel insight has become the new table stakes. Using the writers premise, relying solely upon online actions to drive personalization, success would rely upon shere luck that a media impression would actually be triggered by the appropriate marketing reason.

Until we have a data management solution that leverages the knowledge, segmentation and targeting of a brand as the primary data select and targeting methodology, we’re going to be chasing after the big money with small solutions. Consumer behavior is more complex than the distillation of online data. Consumer expectations are greater. The problems marketers are trying to solve are larger.

What you propose isn’t wrong, I feel it’s just incomplete.

Love to hear your thoughts!

﻿﻿The challenge has increased exponentially.  There are more channels, more screens and more data than ever and the rate of change is increasing. Adoption driven by accessibility and affordability, technology enables consumers to access a vast weal

th of information, on their terms. Starting in the last few decades, the trajectory of change has ramped up fast and is not projected to slow down.

Selecting one of the top spend channels, TV, we can see dramatic intra-channel shifts: From a peak year in mass TV advertising, 1965, until 2002, the number of 60 second spots necessary to reach 80% of one’s target audience has increased from three to 117[i]. Translating this to trust and recent research surrounding brand message acceptance, 60% of respondents said they need to hear information about a company three to five times before they believe it[ii]. Correlating these two points, an advertiser would need to provide at least 351 60 second TV spots to provide sufficient TV exposure to satisfy 80% of one’s target audience need for message acceptance. This, all while nearly 40 million US households have DVR capabilities and 59% of them “currently use a DVR to skip through the commercials”.[iii]

Fast-forward to the current decade. Today’s teen has become a moving target. Nearly all are double or triple tasking while watching TV.   U.S. teenagers trust information from each other 5X more than adults and 10X more than ads[iv]. If you think about what this world looks like 5 to 10 years from now, this scenario will be even more complex as this demographic will be your future target.  It will pay to get on top of this challenge sooner than later.

Complicating this, pushing more “noise” at consumers who have become increasingly insensitive to the charms of marketers has proven to risk exacerbating the issue and drives negative long term brand impressions.

The above is an excerpt from an upcoming whitepaper I wrote. I’ll update this post when the final production is available.

Today, digital media accounts for nearly 35% of the average US consumers’ media consumption yet less than 15% of ad spend is directed toward these new channels.

I think the issue is non-trivial. Not only are the digital channels more addressable, more trackable and accountable by their nature, they also represent the direction consumers are taking. Also of interest, looking at the largest spend and media consuming traditional channel, TV, younger audiences are consuming an appreciable and increasing portion of their media through the Internet… while double and triple tasking with games, IM, text, etc. Oh, and don’t forget that nearly 20% of households have DVRs and habitually timeshift their favorite shows.

The world is changing, consumers are multichannel… are you?

Love to hear your thoughts.

The fit of independent variables to the personalization scenario

Not all independent variables are a good fit.

Relying upon a small set of independent variables may produce an incorrect fit -> destroy your chances of doing anything that’s successful in your personalization program.

Thought for the day:-)

Customization is derived through explicit, stated preferences, while personalization is driven by both the explicit and implied – behavioral, demographic and brand specific information. How did the user get to the site (referral information like URL or search keywords), prior purchases, and onsite activity are key to driving relevance on a website.

Consider this, your brands’ website probably constitutes less than 0.5% of a visitors life experience, if you’re wildly successful… there’s a world of insight necessary and available to the purview of  your personalization scenario. A world that requires integration with a more comprehensive data set: your marketing database, third party data and analytic models to decipher it.

Pulling from notes and other articles, I’ve found several points that describe the customer-centric leader and things that marketers need to consider as they develop marketing strategy:

Have you factored internal organizational dynamics into your customer-centric marketing strategy?